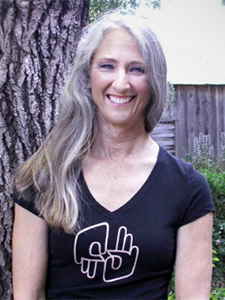 Janet is the founder and now serves as an advisor. She established DSPA in 1990 to meet the growing demand for sign language interpreters in Silicon Valley. Her professional credentials include two associate degrees in interpreting (one from Ohlone College and the other from Gallaudet University) and NIC Advanced certification from the Registry of Interpreters for the Deaf (RID). Janet also holds a BA in international service and development from World College West. Janet’s deep appreciation for Deaf Culture and American Sign Language informed her policies and practices as DSPA took shape. Recognizing the rich symbiotic relationships among Deaf and hearing consumers and their interpreters, she set out to serve the interests of all three. Deaf Services of Palo Alto continues to thrive by honoring that perspective. 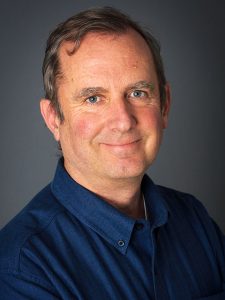 Gerry is serving as director of DSPA. He brings over thirty years of management experience. He previously worked as an executive with CBS Television for a number of years in NYC before moving West and serving as a consultant for several large high-tech companies as well as a number of start-ups. Gerry has been managing DSPA since 2013. He holds an MBA from Dartmouth College and a BA in economics from Denison University. Past volunteer work includes tutoring immigrants from Russia in English and serving on the boards of several nonprofits, such as Stevenson House and the California Institute for Medical Research. Gerry enjoys hiking, reading, and swimming. He lives in Palo Alto with his wife and daughter. 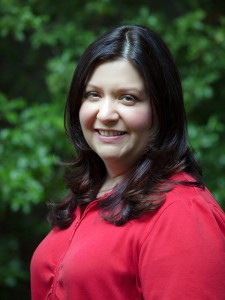 Genevieve has served as the office manager of DSPA since 1999. She works tirelessly behind the scenes to support the coordinators and manage all bookkeeping duties. Her prior experience as a professional organizer shows through in her work.

A versatile, innovative problem-solver, Genevieve is detail-oriented and excellent at seeing the big picture. A San Francisco Bay Area native, she holds an AA in psychology and has pursued a concentration in social sciences and communications, including American Sign Language (ASL) classes.

DSPA contracts a wide array of top-level interpreters from a multitude of backgrounds and specialties who have in-depth interpreting knowledge and experience. They are passionate about serving the Deaf community and are committed to DSPA’s philosophy of working collaboratively to provide the highest-quality services with integrity.

“We appreciate the professional attention and the kindness the interpreter gave our family members, inspiring communication confidence. Thank you, DSPA!”

“We have been working with Deaf Services of Palo Alto for over 18 years. DSPA has been an extremely professional and responsive provider for us. I have very much appreciated the high-quality interpreters they have provided over the years.”

“I have lots of love for this agency. I know whatever team I decide to work with will be top-notch. I like that the information I receive about a customer’s event is complete and thorough.”

“Deaf Services of Palo Alto has been an invaluable resource to our hearing-impaired student over the past five years. Our student has worked exclusively with DSPA interpreters during her undergraduate and graduate training. The staff have been responsive, professional, and flexible. Without reservation, I recommend DSPA.”

“I have been working with Janet and DSPA for over five years and have always had a great experience. Even when I contact them at the last minute, they have always come through with reliable, professional interpreters.”

“DSPA has a great group of interpreters. Everyone is very supportive and always willing to dialogue about the work afterwards. They are also committed to the quality of their interpreters. DSPA makes sure to match the right interpreter with the clients’ needs. I truly feel I am valued and treated professionally as an interpreter and an individual. DSPA is great at approaching interpreting coordinating from a holistic point of view.”

“The care DSPA takes to not only ready the interpreters for a successful experience but also to advocate for ALL of the nuances that make or break a job is outstanding. I don’t know that I’ve ever worked with an agency with such foresight, know-how, and clarity as yours.”

“I wanted to tell you that recent events in my career have made me more appreciative of small, personal, and personable agencies such as DSPA. I am grateful to work through you all, and I am thankful for the way you treat me and our mutual clients with genuine care.”